Earlier this year, I spent five fabulous months living in Paris. This is the one solitary elephant I managed to find during my time there, while on a road trip with some friends to the chateau of Fontainebleau. It’s a great day visit from Paris – we rented a car for the day, and it’s only about an hour’s drive from the capital, and both the palace and grounds are absolutely stunning. I must admit that it was such a beautiful day that we rushed through the palace as quickly as possible in order to get to the gardens and have a picnic, so much so that we had a rather embarrassing interchange with one of the palace monitors who seemed absolutely aghast that we might be looking for the way out from such an architectural  masterpiece of French cultural heritage, so we had to pretend that she had misunderstood us and we were really looking for the 3rd ballroom, of course. Be warned, anyone going near Fontainebleau, that visiting the inside is really something of an ordeal it is just so big. It was where Napoleon hung out after all and he never sounded much like a guy that did things by halves.

This elephant fresco comes from the Francois I gallery, built, unsurprisingly, by Francois I in 1528, to link the chapel with his royal apartments. He was a big supporter of the early Renaissance movement in France, so all the work here was carried out by Italian craftsmen. The frescoes are allegorical, and this elephant is supposed to represent the wisdom and royalty of Francois. Nice.

The rest of the gallery 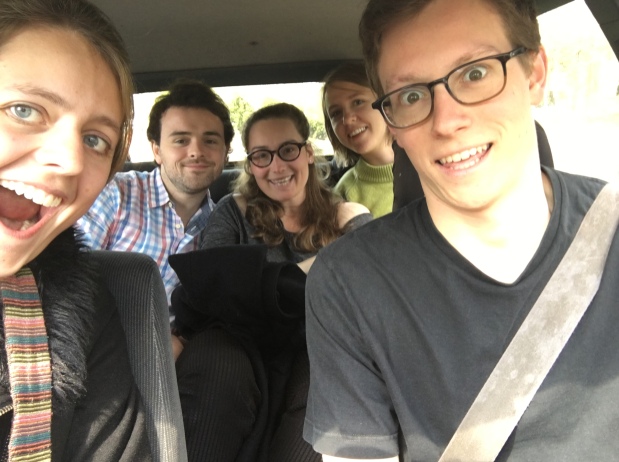