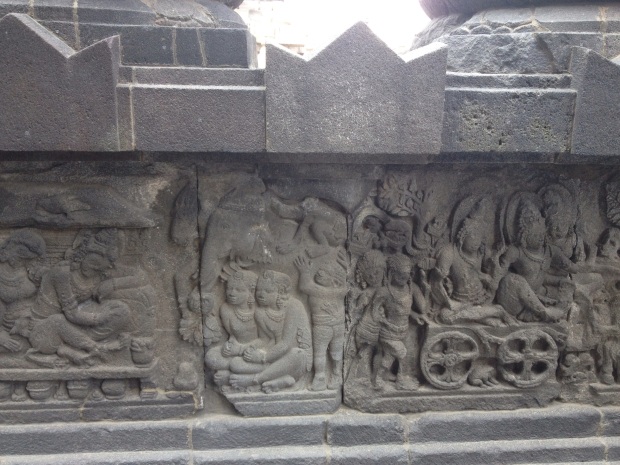 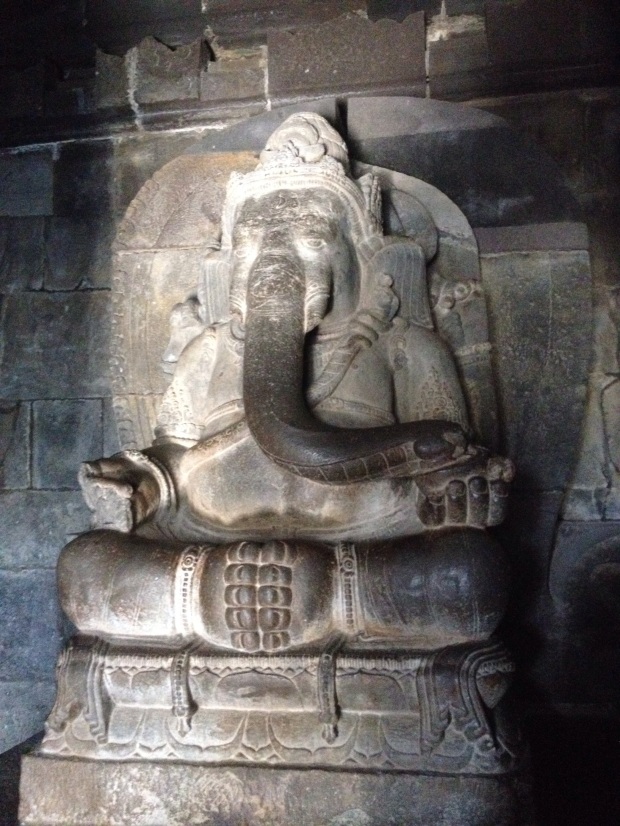 I found both of these elephants in the Hindu temple compound of Prambanan, near Yogyakarta in Central Java. Prambanan was built in the 9th century AD, when Java was heavily influenced by India: both Hinduism and Buddhism arrived in the area in this period from India. Unfortunately the temples have been quite damaged by recent earthquakes, though reconstruction work is currently underway – but I very much enjoyed my visit there, following a trip to the amazing Buddhist temple of Borobudur that morning at dawn. At Prambanan, I was given an enthusiastic free tour around the temples by two 17 year old Indonesian school girls who were studying tourism at high school, part of which included a month’s stay in Prambanan, showing tourists around and practising their English.  END_OF_DOCUMENT_TOKEN_TO_BE_REPLACED