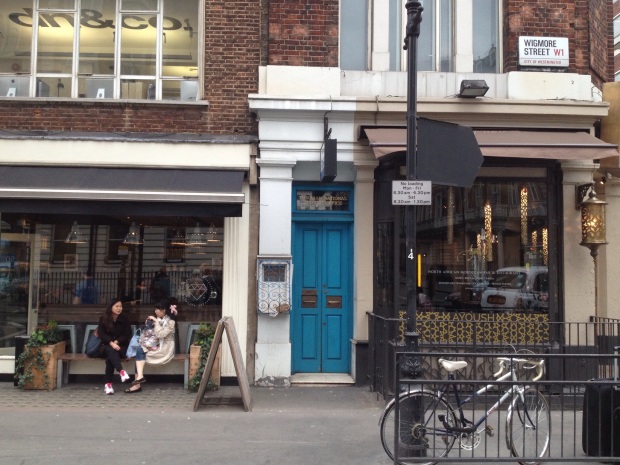 A few days ago, in central London, I passed this rather unassuming turquoise door, squeezed tightly in between two busy cafes. Most people walked quickly by without noticing it, despite the fact it has a rather elegant North African postbox just outside: 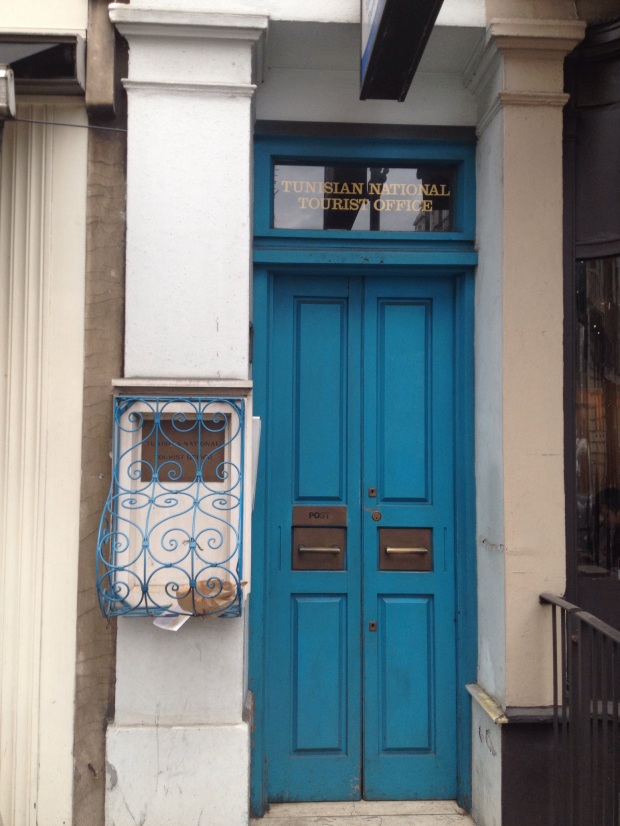 A rather nice letter-box

However, I do wonder how much work the Tunisian National Tourist Office is doing at the moment – is Tunisia really a top destination in 2014 following the events of the Arab Spring? In situations like that, do troubled countries shut down their tourist offices in other countries, or at least cut down on staff? For example, I feel there would be very little point in the Syrian government spending any money in running tourist campaigns in London at the moment!

However, a quick bit of internet reading suggests I’m not entirely right – Tunisia used to rely heavily on tourism for its economy, and now that it is more stabilised, is really trying to boost tourist levels again in the country. Read this article to find out more! So perhaps this rather unassuming door in London is in fact hard at work in trying to persuade us Brits to come back to Tunisia. If so, I suspect it has quite a hard job ahead of it – many tourists are very conscious of safety issues, and won’t go anywhere near a country relatively recently plagued by civil disturbance.

I do find it a little odd how countries have to market themselves to other countries, complete with branding, tag-lines, logos and slogans. You can see the official Tunisia website here, which is starting to look slightly dated. Turkey on the other hand (where I am going on Friday), has a rather lovely website here, and I always enjoy seeing the large Turkish adverts on the tube depicting lovely long beaches and a sense of relaxation and solitude that the morning commuter can but dream of in a wistful manner, while squidged unceremoniously into the corner of a tube carriage. I’m also always rather intrigued to thing about how the UK markets itself abroad – how many little British offices are there like the above scattered around the world, trying to persuade potential visitors that there is more to Britain than the stiff upper lip? What is the British Tourism Board’s official slogan in other countries?